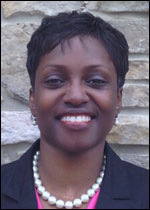 Jacqueline Gibson earned a Bachelor’s in English in ‘91 from Mississippi Valley State University (MVSU), a Master’s (‘94) and Doctorate (‘98) from the University of Akron in Communication and Higher Education respectively.