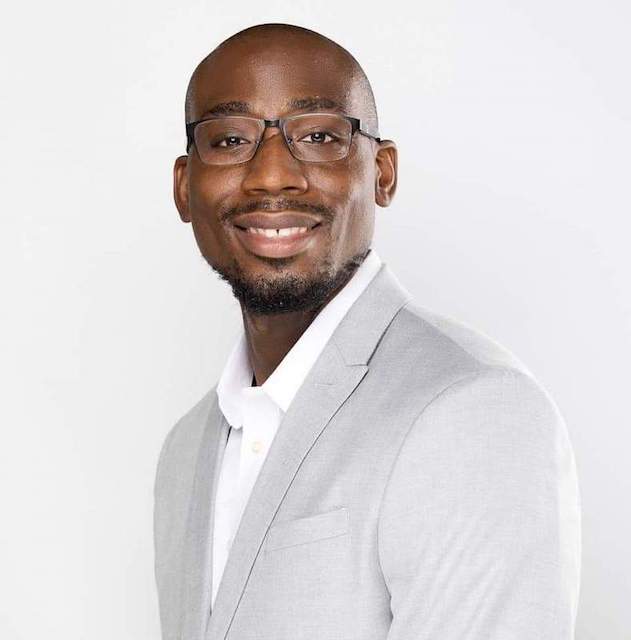 The reality of life is that no one truly knows the internal battles that individuals fight daily or the struggles many have walked through to get to a particular place in their lives.

Mississippi Valley State University graduate student Stephen Stone is one such person. Stone will receive his Master's degree in Bioinformatics on Saturday, May 7, 2022, but his journey has been filled with pain, disappointment, loneliness, uncertainty, and perseverance.

"I grew up in Chicago. It was Chicago Heights, to be exact. It was rough growing up there, and I saw and went through many things as a young person that affected me. I am still healing from many traumas to this day," said Stone.

"My mother had ten children, and things were not good, and I ended up in foster care. I lived in six different foster homes. I was deprived of a lot. I remember feeling isolated, afraid; I was bullied because of how I dressed and went through three house fires between my time in elementary and high school where I lost everything," he explained.

The countless challenges the 26-year-old faced have helped build his courage and confidence. His road began when he stepped off a train in Greenwood, MS., from Chicago following one of the lowest periods in his life, when he found himself standing on the streets of Chicago in a rainstorm after being put out of his last foster home.

"It was a situation I did not understand. It was raining badly, and I can't remember every word, but basically, they told me, 'get out and don't come back.' As a child, I was afraid, so I walked the streets and finally went to my friend's house," Stone said.

He stayed with his friends until he could gather enough funds to get a train ticket to live with the family of some of his friends in Mississippi.

The transition from Chicago to Mississippi led Stone to finish school at Leflore County High School, and it was also there that he met Jerome Petty, who helped him get into MVSU.

As an educator and mentor of Stephen, Petty said he is ecstatic and incredibly proud of his accomplishments. He believes Stone's journey to success is just beginning, but his impact through adversity shall inspire many.

"Life's greatest fulfillment as an educator is to be motivated by the student. Stephen is no stranger to allowing his struggles to be motivation for his success. I believe he learned early in life that people can sometimes find themselves in precarious circumstances. However, his faith in his ability to achieve never wavered, and now he is receiving his Master's degree," Petty added.

As a freshman at MVSU, Stone explained that he was so undecided about what he wanted to do that he continued to switch his major. He went from social work and music to Biology and chemistry.

"There I am, first-year hanging with the wrong peers until something inside of me clicked, and I made changes. I had to cut off the bad and hang with the good," he added.

The change in his academic life led to him graduating with a degree in Biology and chemistry in 2020 and now with his Master's degree. In addition, Stone has held down a job as a Resident Hall Assistant, and he has a part-time job with FedEx Logistics on campus.

"I was offered a full-time job with FedEx following graduation. It is a great opportunity, and I am excited about it," he said.

"He was waiting outside my office as I assisted another student. During his wait, he read the brochure about bioinformatics and began to ask questions," she said. This was during the spring before his senior year as an undergraduate. The following academic year, he would stop by the office seeking advice about career paths and skills he needed to acquire if he were to pursue a degree in bioinformatics," Newsome added.

Newsome expressed how Stone's journey, compassion, tenacity, focus, and ability to work through hard times are a testament to all things being possible.

"He set his path, followed my advice, and worked hard. Of all the students I have taught and mentored over the years, I can honestly say that no one has impressed me as much as Stone. I am proud of him and elated to have been a little part of his MVSU journey. He is my inspiration," said Newsome.

Although his life may not have been as sublime as he would have liked, just as his name suggests, he handled it all as tough as a stone, and now he says often, "I made it out."

Stone explained that his ability to press through, despite difficulties is a testament to how he thinks.

"My mindset is different because I have hustle to me now. I am driven and hungry for the better. I am not stopping until I get everything I deserve. I know now that everything I have gone through was for a purpose. The things that used to weigh on me have made me stronger, and now I can carry it," Stone expressed.

All in all, Stone said he is driven to mend relationships with his mother and siblings while pursuing all his dreams and aspirations.

"The fire in my belly comes from the past that I couldn't control. It's the hurt and anger that lingers, and it pushes me to share my story so that it can inspire those who may be going through similar or worse," Stone said. "If I could talk to my five-year-old self, I would tell him everything will be alright," he added.