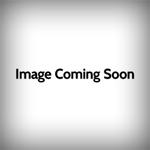 Theresa V. Rash currently serves as an Assistant Professor of Sociology at Mississippi Valley State University in Itta Bena, MS. She joined the MVSU staff in June 2006 as an adjunct Professor in Sociology. Her former position at MVSU was Director of Community Service Learning, in which she served from August 2006 - August 2009. A native of Shaw, MS, Mrs. Rash began her college career at Delta State University. She’s a three-time graduate of Delta State University, where she received her B.A. degree in Psychology/Sociology in 1995; Master’s of Education (M.Ed.) in Social Science Education/Sociology in 2002; and Master’s of Science in Community Development in 2005. A resident of Cleveland, MS, Mrs. Rash is active in a number of civic and community organizations. She is a member of Bolivar County Alumnae Chapter of Delta Sigma Theta Sorority, Inc. in Cleveland, MS and she serves on numerous committees at Mississippi Valley State University. For her professional and community efforts, she was named Who’s Who Among American Teachers in 2006-2007, a member of the Association of Black Sociologists (ABS), Alabama-Mississippi Sociological Association (A-MSA), Southern Sociological Society (SSS), American Sociological Association (ASA), and Mid-South Sociological Association(MSSA).