MVSU Mock Trial team lays down the law during exhibition 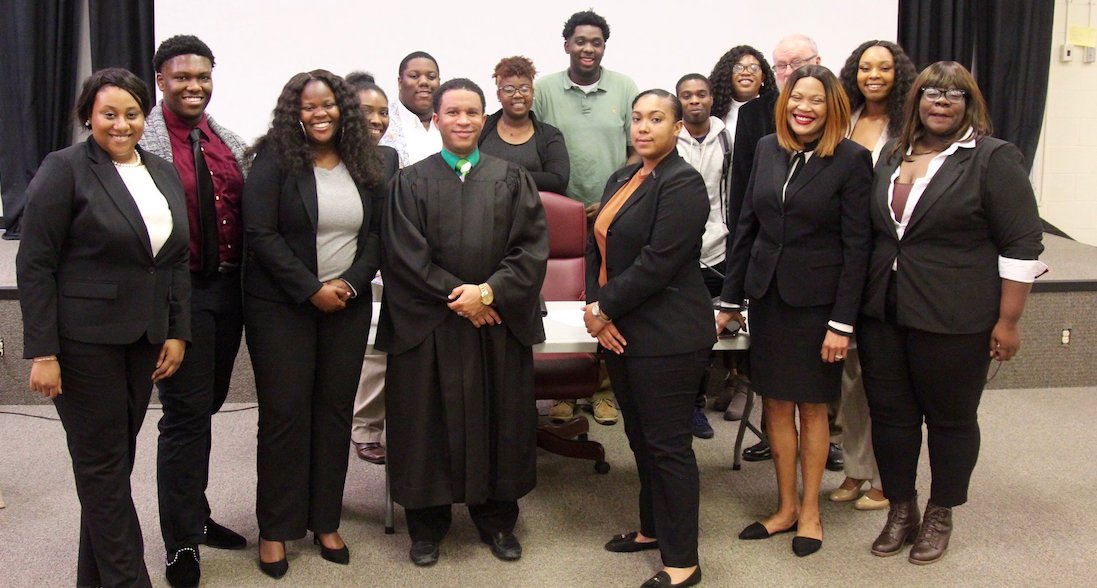 During the event, hosted in the Carver A. Randle Auditorium of the W.A. Butts Social Science Building, the team split to oppose one another in a full trial as they prepare for upcoming competitions.

A large audience, comprised of Greenwood Middle school students as well as Leflore County community members, came out to witness the event.

“Two of the middle school students were so impressed with the exhibition that they vowed to attend Valley and pursue a legal career,” said Kambreca Mitchell of Greenwood, captain of the Mock Trial team.

At the event’s conclusion, Palmer, an MVSU alumnus, indicated that the team has a bright future.

“I am very impressed with Valley’s Mock Trial Team and predict they will do very well in future competitions,” he said.