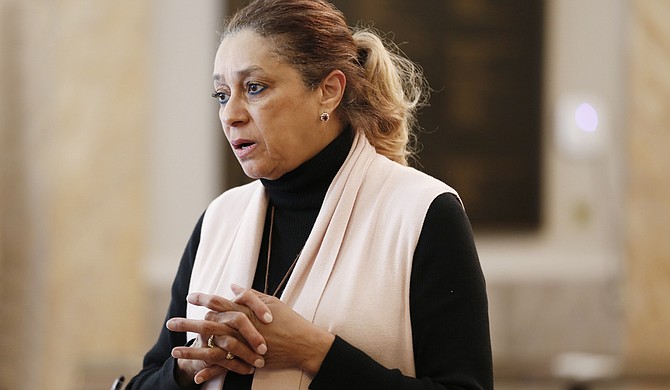 Oleta Garett Fitzgerald stood before the Mississippi Valley State University family Thursday morning and told the honorees of the 2017 Honors Convocation that, “we need your help.”

Fitzgerald was the speaker for the annual event, which celebrated 689 students for their outstanding academic achievements for the 2016-17 school year.

The convocation was held in the H.G. Carpenter Auditorium. The program recognized president’s scholars, distinguished scholars, honor scholars and scholars. In addition numerous students received honors during the outstanding scholar awards and special awards segment of the program.

Fitzgerald was direct in her address to the students and expressed to them the significance of education in their lives.

“A child who does not have access to a good education,  particularly, in the 21st century is sentenced to economic and social death,” said Fitzgerald.

In addition, she also spoke to the importance of if students are not educated and not skilled in an economy, that is moving in a different direction.

“If robots are going to be doing our jobs then we better know how to build a robot or repair a robot.

Dr. William B. Bynum, Jr. University President shared some of the outstanding achievements from the students, faculty and staff.

“We have seen our students, faculty and staff achieve great things and each time we have had the opportunity the Valley has showed up and showed out,” said Bynum.

Fitzgerald is the director of the Children's Defense Fund's Southern Regional Office (CDF-SRO), and she also serves as the regional administrator for the Southern Rural Black Women's Initiative for Economic & Social Justice (SRBWI). Fitzgerald holds a Bachelor of Arts Degree in Sociology from Tougaloo College in Jackson.

SRBWI operates in 77 counties across the Black Belts of Alabama, Southwest Georgia, and the Mississippi Delta. CDF-SRO also serves as the lead for the W.K. Kellogg funded Supporting Partnerships to Assure Ready Kids (SPARK) Initiative.