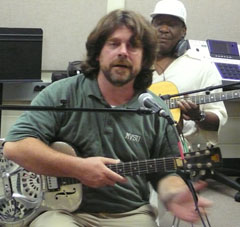 His works include solo, chamber and large ensemble pieces as well as electro-acoustic music. Paul’s interests include exploring the possibilities of computer-generated sound and acoustic instruments as well as the implications of form and structure in music. In recent years he has campaigned for music theory reform in schools and has been studying the role of music theory in music education degrees. Since 2003, Dr. Schreiber has worked at Mississippi Valley State University where he has taught courses in music theory, music composition, music technology and recording.